Middle Of The Night

Middle Of The Night

Emily (Nikole Nash) is in the car with her best friend Val (Alexia Anders). Val is visiting her hometown and is on her way to Emily's house to stay with her. Emily seems oddly defensive when the subject of her controlling stepbrother Ethan comes up. When Emily tells Val that Ethan will be home that weekend, Val is surprised because he was supposed to be out of town. Val smiles politely, but her grin hides a hint of nervousness. A little later, Emily is showing Val to her room. Emily mentions that they don't have an extra room since Ethan moved back home, so Val will have to crash in the bed with Emily. Val playfully says she doesn't mind. They've had a million slumber parties already growing up together, so why should this be any different? At that moment, the front door opens and closes. Emily instantly, but ever-so-subtly stiffens, tense. She quickly looks into the mirror, making sure she's well put-together. Val sees this and narrows her eyes suspiciously. Ethan calls 'EMILY? Where are you?' gruffly. Emily calls back that she's in her room. A moment later, Ethan (Michael Swayze) opens the bedroom door. As the three of them chat, Ethan's interaction with Emily demonstrates his controlling nature. Val sees this and is suspicious. Ethan leaves and there is an awkward silence as Emily helps Val unpack her luggage. Emily has a strained, almost manufactured smile on her face. Val scrutinizes her closely. Val then tells Emily that she doesn't think Ethan has actually changed, insisting that he gets off on controlling Emily. Emily disagrees and defends him again. Finally, Val confronts Emily about the weird vibe she's been feeling since she arrived, but Emily denies that there's anything weird going on. Later, Val is even more unnerved when she sees Ethan watching her as she spreads lotion on herself, naked in the bedroom. She tells Emily about it, but Emily continues to make excuses for Ethan. Later that night, Val rouses from her dreams and finds Ethan under the covers with her. She is even more shocked and disgusted to find Emily there, sucking Ethan's cock. Val tries to convince Emily to stop, but Emily insists that she is doing it because she chooses to do it, trying to convince Val to join in. Val has certainly found herself in a twisted situation, but will she do what her best friend is asking of her? 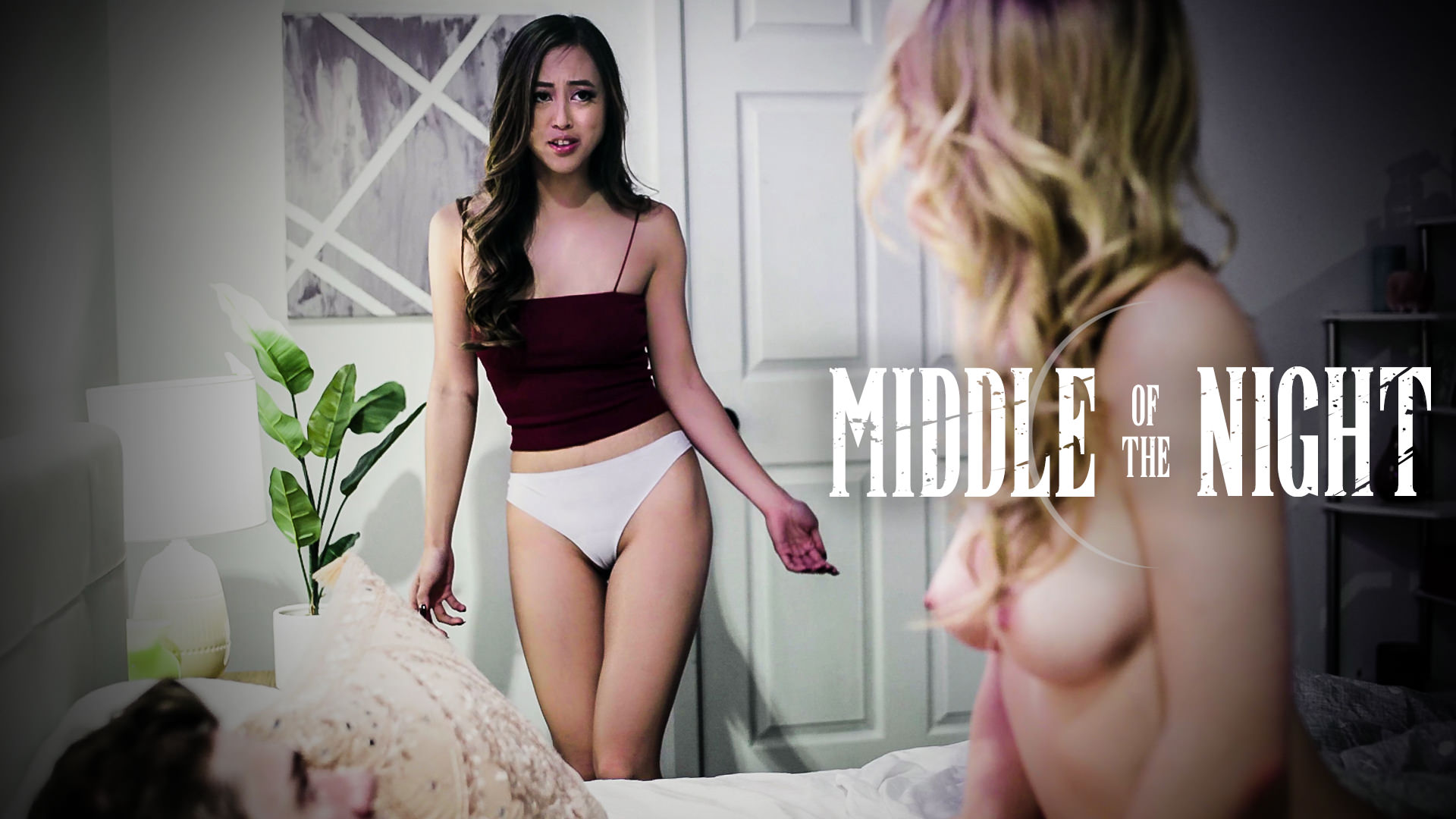 Watch the full Middle Of The Night Movie